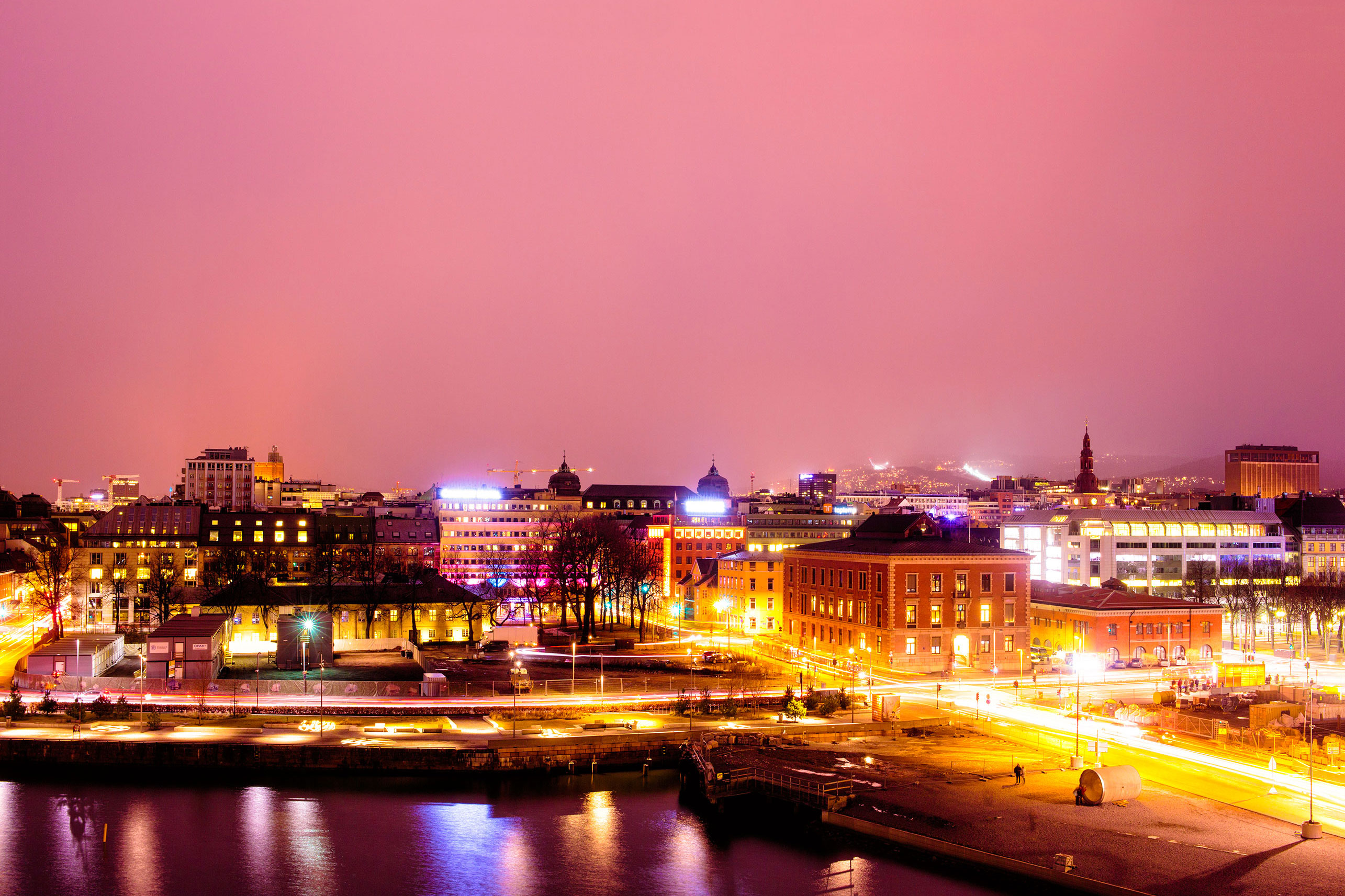 It's New Years Eve. As in 'last year', 2015. Its late in the afternoon and obviously its already dark for quite some time here in Norway. If you're ignoring the sea of lights that Oslo turns into once its dark, that is.

I'm standing on the roof of the local opera and my ears are continuously getting icier as I'm waiting for the long exposure to finish so I can put my beanie on again. Sometimes you have to make sacrifices. In this case the camera demanded a soft bed – or was it the nitpicking photographer that demanded a minimally different angle so that there was slightly more sky in the frame? Something along those lines...

While I'm waiting Cecilie tells me about the different parts of the city, about offices and other things that are more or less relevant. And way back in the distance, almost hidden by all that beautiful fog, one can almost guess where exactly I'm on a visit. It's a lovely place.

And yes, this was pretty much the last time that I used a camera to capture something 'artistic'. Since then I have moved to Denmark, am trying to settle in, love my job way too much to think of other things. But slowly I'm getting tempted again, tempted to glance through a viewfinder, tempted to find something worth pressing a shutter for.