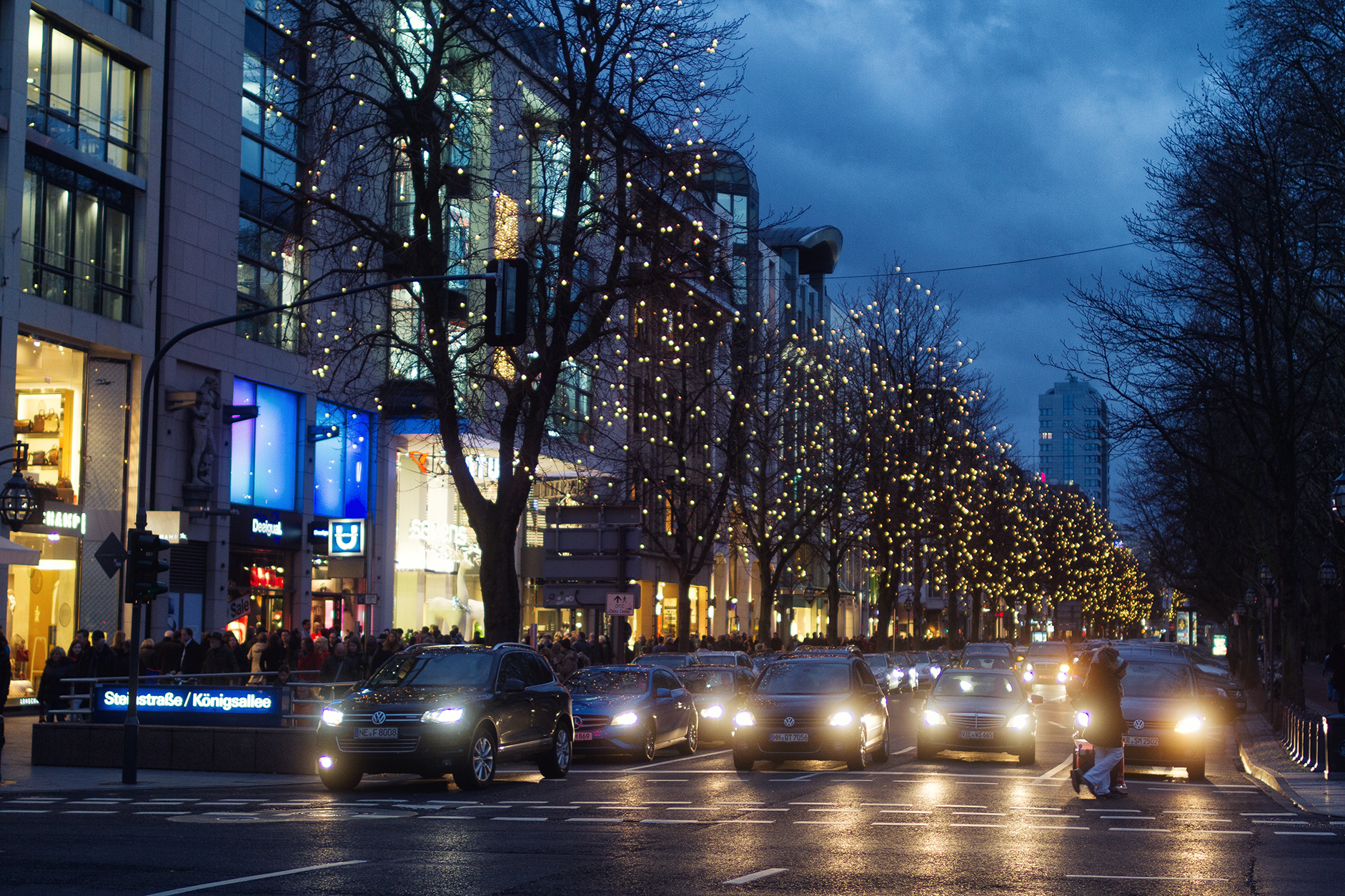 At the beginning of January I was fortunate enough to be able to spend one and a half days in Düsseldorf before I drove on to Duisburg. I enjoyed a personal and entertaining tour of the city, had a look at the important sights and those things one apparently has to see, enjoyed the view from the Rheinturm and noticed while having dinner that Ireland still sticks to one - at least according to the harsh rain outside the window.

Among other things I learned the following: If you want to spend money or show off your newest luxury car you have to come to the Königsallee. At least thats what I remembered among some funny stories and the shot above that is one of the view images that I took with me from this beautiful city.