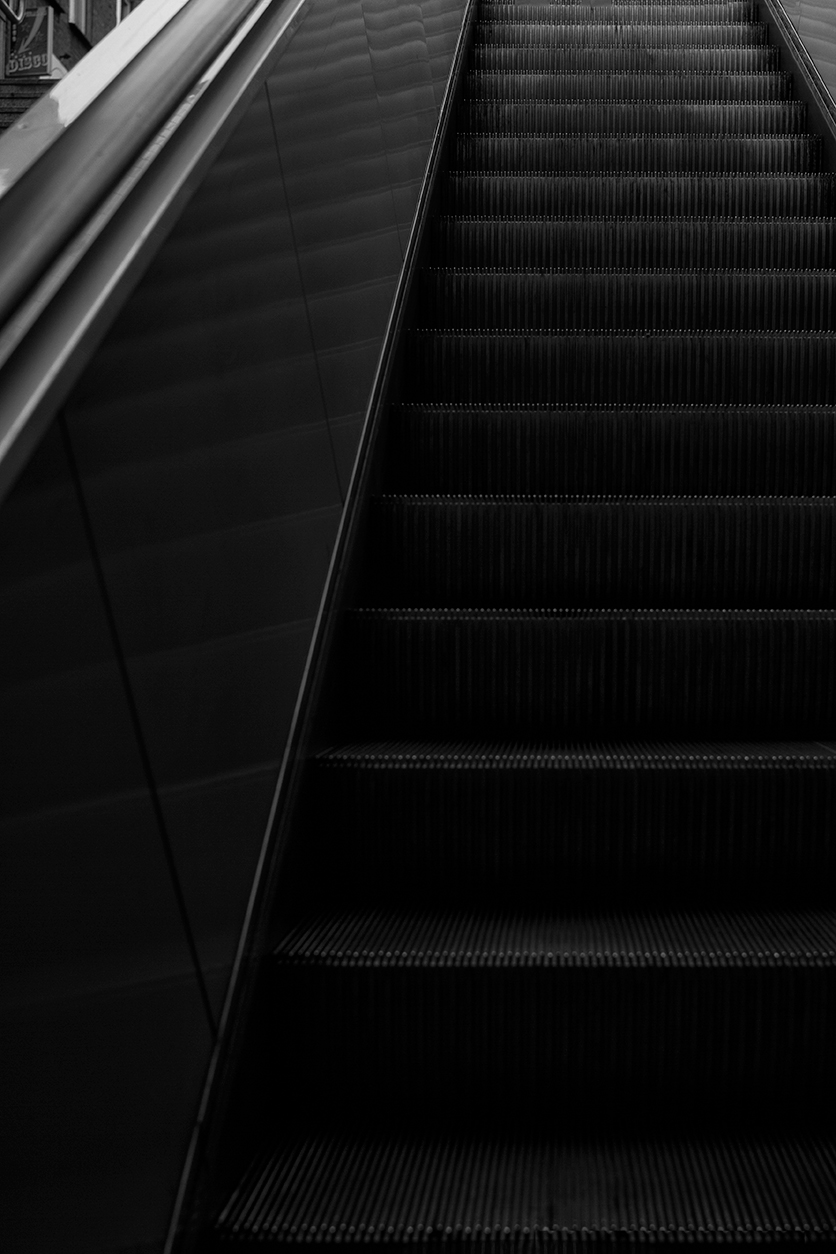 Sometimes it is faster not to cross an intersection on the surface but below. Meaning you take the escalator downwards and ascend on the other side again.

Shot in the beginning of January. Thanks for the small tour through Duisburg, Ralf!