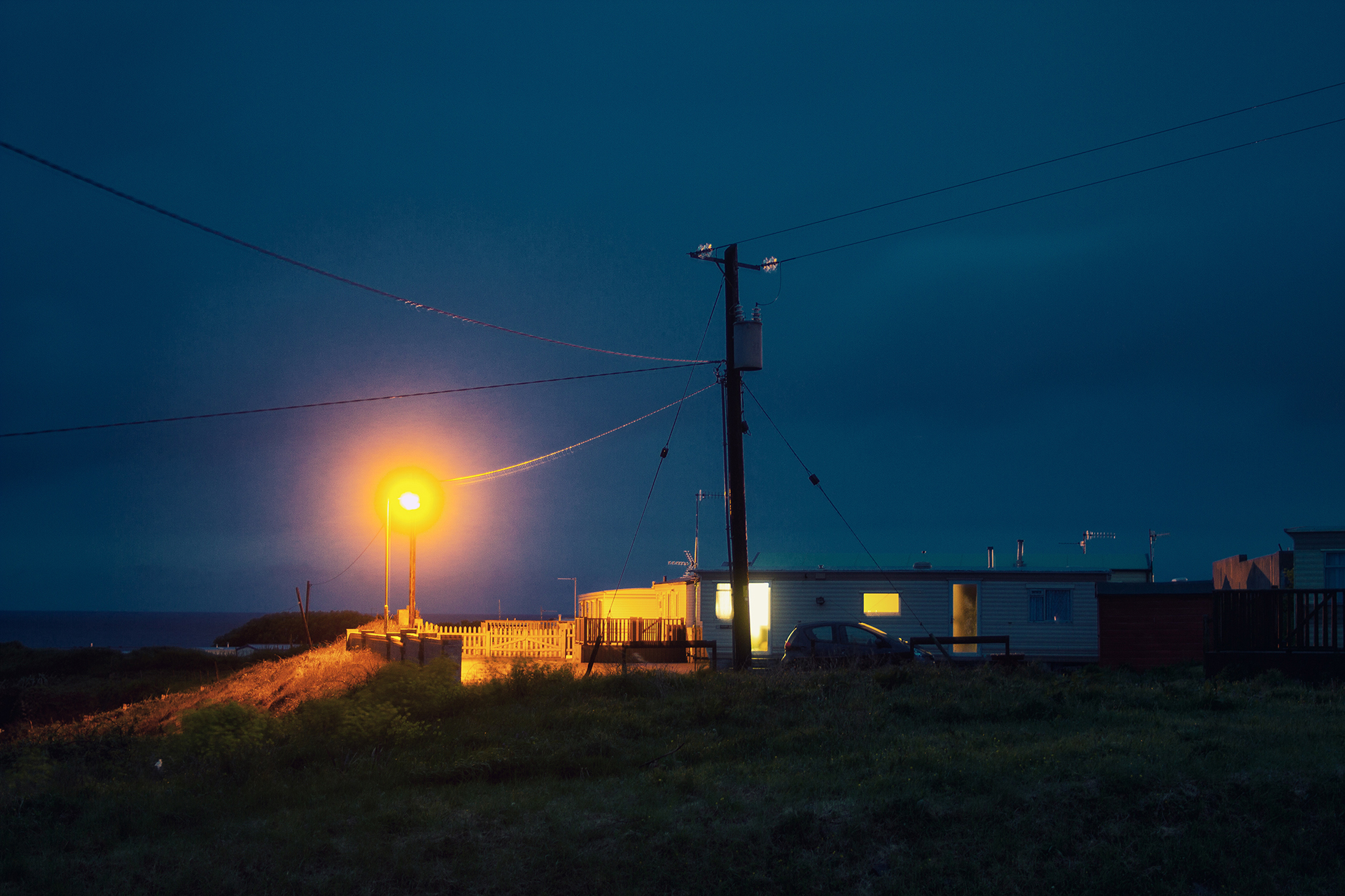 Its rather silly to go and fetch your tripod in the middle of the night on Ireland's windy west coast. Even more if you have to ask your sister to help you unload the car as the tripod is stuck somewhere under all these suitcases. And even more if you look to your right and you're hooked by the trailer over there and its surrounding.

So after a long game of advanced car trunk tetris I set up my tripod. Sonja disappeared by exchanging some remarkably rude words, leaving me behind. I was freezing when tightening the screws of my tripod and it took multiple attempts until I finally managed to slide in the connector to the camera. Next time I'm going to bring gloves.

The picture kind of shot itself. Finding the right angle, applying the right settings, thats it. I wanted to get back into my bedroom. Click.