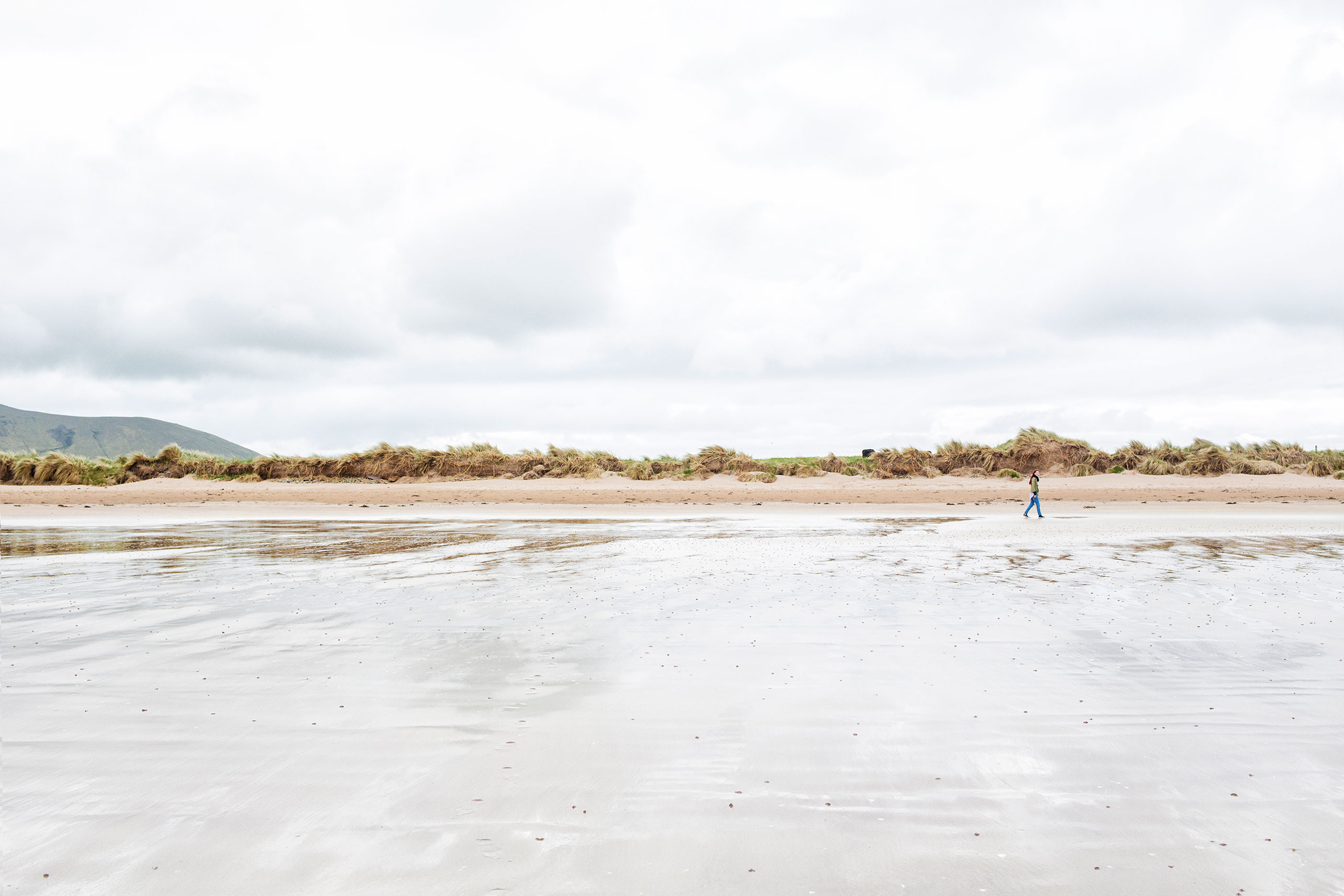 Next entry
Previous entry
A Walk at the Beach I. Smerwick, Ireland July 7, 2014

A Walk at the Beach I.

Sometimes it is very hard to settle on a picture - your gut doesn't work and even external opinions get you nowhere. The usual ending for images like that: Finding themselves in the drawer or the bin, never leaving it again. Guess what I don't like at all. Therefor I'm doing something new to them: Today I'll show version 1, tomorrow it'll be number 2. I love them both equally.

The second walk took us into another direction, this time to the left and therefor to the beach that one already saw on the left of this image. Every now and then the flood washes into the footprints of a dog, having to try a bit harder than usual as the beach is very acclivitous. Over there a baby buggy cut itself through the sand, its tracks only fading somewhere after the submarine that the remains of a quay are creating. Hundreds of pebbles complete the picture, lending a pastel character to it with their red, green and yellow hues.
I'll shoot the image on the way back - I decided on strolling along the waterfront whereas Bianca gave preference to the grass further up.